Welcome to our blog where you will find a wealth of information. Everything from local market statistics and home values to community happenings. We care about our community and want to help you find your place in it, like we have. Whether you are retiring here, looking to invest and diversify your investments, or just starting out as a first time home buyer, we are here for you.  Many of our Agency Team Members have lived in Rio Rancho for over 45 years.  Our community offers many options for the active family, including day trips to local sightseeing destinations.  Please reach out if you have any questions at all. We’d love to talk with you!

Do you believe that 8 out of 10 homes are selling ABOVE list price?

Buyers are also waiving inspections and appraisals.  How do you feel about today's housing market?

This short article Selling Above List Price talks a bit about how much buyers are paying above list price.

Be sure to share below your thoughts about today's housing market.

Housing Bubble? Yes or No

The Most asked question is:

"Is this housing a bubble?"

$1.2 million homes currently for sale during the Pandemic, 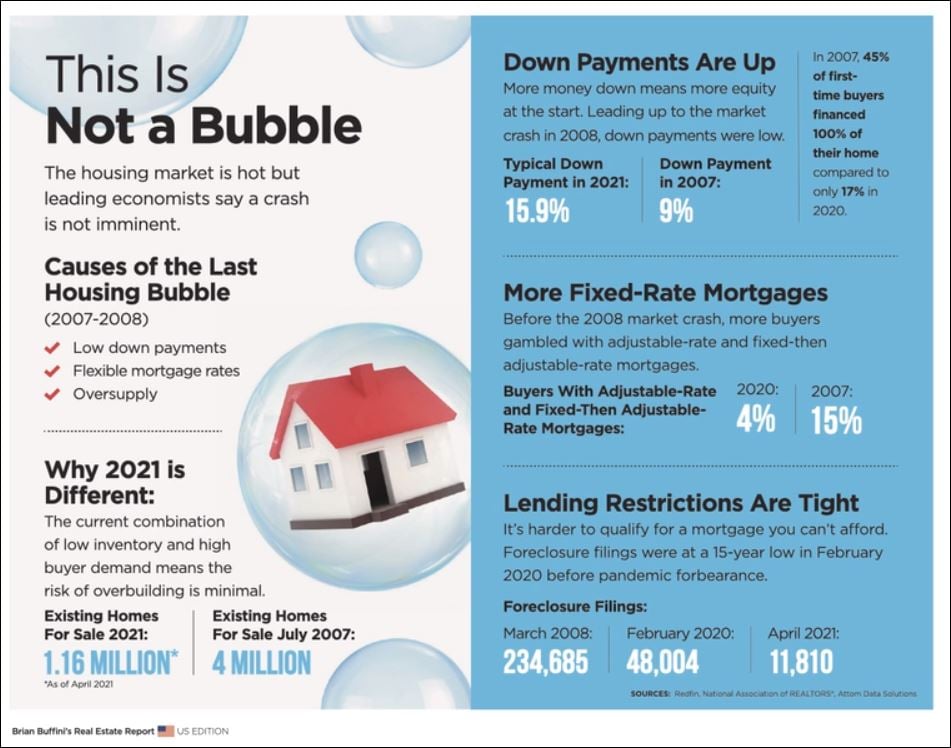 Dad's are the Best!

Do you know the history of this holiday?

The first known Father's Day service occurred in Fairmont, West Virginia, on July 5, 1908, after hundreds of men died in the worst mining accident in U.S. History.  The Sunday serviced happened because of the efforts of Grace Golden Clayton.

Read more as to how this holiday started and became a nationally recognized holiday.  https://www.almanac.com/content/when-fathers-day

Celebrate all Father's by sharing memories and spending time together. 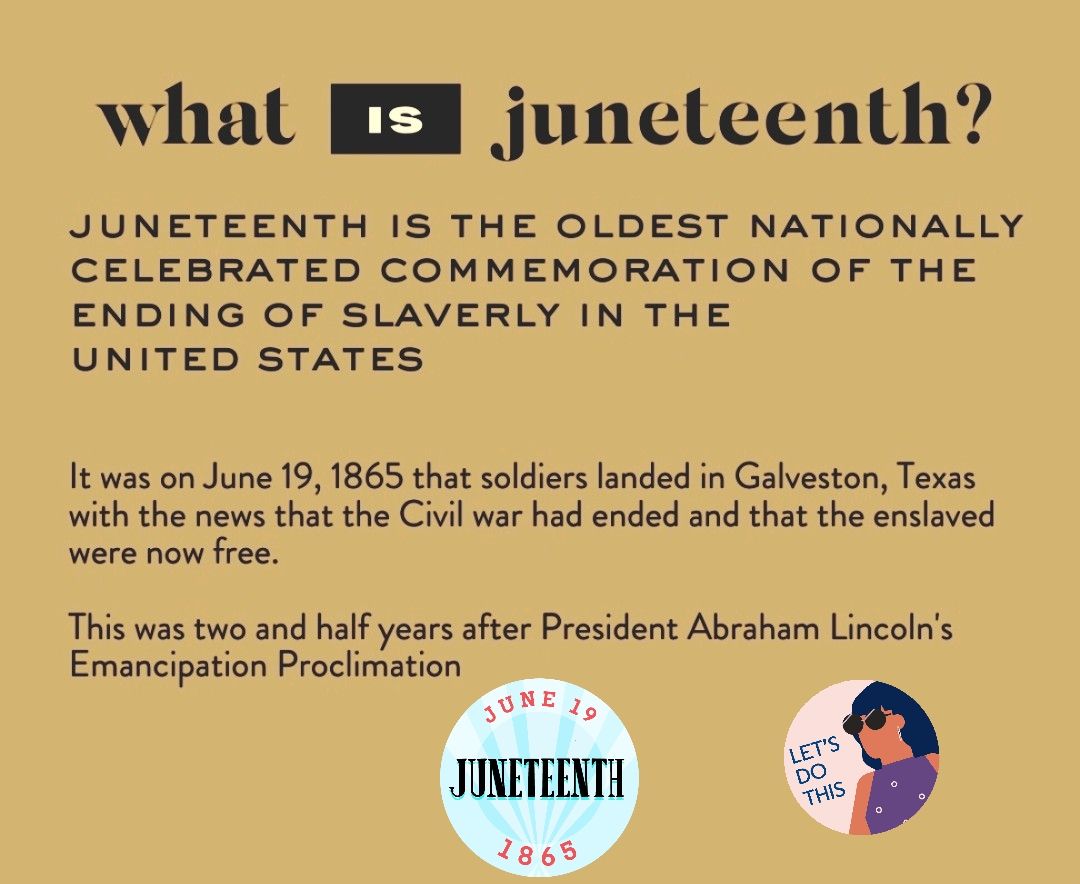 Juneteenth is the oldest nationally celebrated commemoration of the ending of slavery in the United States.

From its Galveston, Texas origin in 1865, the observance of June 19th as the African American Emancipation Day has spread across the United States and beyond.

Today Juneteenth commemorates African American freedom and emphasizes education and achievement. It is a day, a week, and in some areas a month marked with celebrations, guest speakers, picnics and family gatherings. It is a time for reflection and rejoicing. It is a time for assessment, self-improvement and for planning the future. Its growing popularity signifies a level of maturity and dignity in America long over due. In cities across the country, people of all races, nationalities and religions are joining hands to truthfully acknowledge a period in our history that shaped and continues to influence our society today. Sensitized to the conditions and experiences of others, only then can we make significant and lasting improvements in our society. 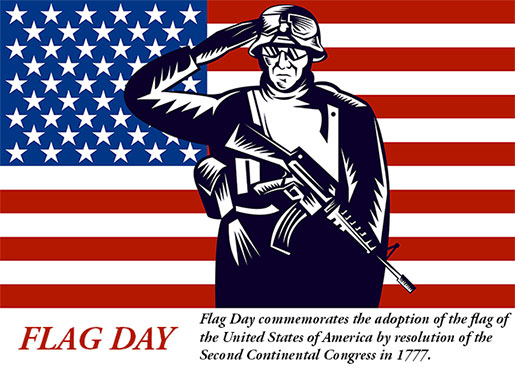 Do you know these 13 surprising facts about the American flag and how to properly fly the flag?

With this article from the History Channel, you can test your knowledge and then quiz your family and friends.

There were a few I didn't know about.

You've heard many people talk and compare today's housing market to that of 2008.   Many try to tout similarities while others say the markets couldn't be more different.

What about a housing bubble?  Are we in one and is it going to pop?

With so many questions, it is wonderful that our mortgage providers are helping us keep tabs on interest rates, inflation, equity growth and more.

This is a great article showing the similarities and differences of the the housing markets from 2008 and 2021.

The article is provided by Christine Turpen with Waterstone Mortgage here in Albuquerque.

Posted in Market Updates
no comments yet

Are you sitting on more savings than usual because of COVID-19 restrictions? Here are some ideas to spend that money productively on real estate—whether you're looking to buy, sell, or pay off your mortgage more quickly.

$36,000 More!!
Not only are we struggling with an inventory shortage in home sales, but the ever increasing lumber prices are making new construction out of reach for some first-time home buyers. This article says that the nearly $36,000 increase is due to higher lumber prices.
Skyrocketing Lumber Prices add Nearly $36,000 to the Price of a New Home.
Let's talk about your options to purchase your new home.
Audra Dodson
#audradodsonrealtor #kelloggagencysales #realtormom #rioranchorealestate #albuquerquerealestate #listingagent #sellingyourhome
Posted in Buyer Information
no comments yet

So, You're ready to buy a house and the mortgage lender is asking all about your debt.   They talk about Debt-to Income Ratio and you start getting perplexed.  What is it?  Why do I need to know it?  How does this affect getting a mortgage?

These and additional questions are all answered in this article by the Consumer Financial Protection Bureau.

It will give you the information to calculate your Debt-to-Income.  Be knowledgeable when talking with your mortgage lender.

As our teachers always said: knowledge is power.  Be knowledgeable and be smart about your finances.

Posted in Buyer Information
no comments yet

Spring Selling Market: Rising Mortgage Rates No Cause for Concern The sun doesn’t appear to be setting on the bustling housing market, even as mortgage rates continue to rise.

The gradual increase in 30-year fixed mortgage rates and a slight dip in mortgage applications may have initially worried some ahead of the spring home-selling market. Rates rose to over 3% in early March, breaking an almost year-long decline during the pandemic that resulted in record lows.

“For this upcoming spring buying season, this year will be notably higher than last year with maybe even up to 40% or 50% more home sales this year versus last year,” says Lawrence Yun, chief economist for the National Association of REALTORS®.

Ongoing vaccinations and another stimulus package may catalyze further job growth and confidence in the market, but it will also lead to a continued increase in rates, according to Yun.

“The home-sales market will experience countervailing forces of the higher push from more jobs, but also the pullback of higher mortgage rates. We will have to wait to see which force will be stronger,” he said in a recently released February employment report.

According to Yun, mortgage rates could hover around 3.1% during spring and top out at roughly 3.3% by the year’s end.

Rate increases could create affordability issues for some buyers, particularly in coastal markets like California, where high home prices are leading buyers to migrate to more affordable areas.

“Whenever you have an increase in interest rates, of course with an increase in price, generally it will affect the affordability,” says Oscar Wei, deputy chief economist, California Association of REALTORS®. “It will hurt affordability with rates rising by 50 basis points, and it will increase the monthly mortgage payments.”

According to Melissa Jimenez of California-based Virtue Realty Group, the gradual increase in rates coupled with pricey inventory is already inching toward pricing some buyers out of the market.

The agency represents buyers and sellers in San Francisco and the neighboring Central Valley, which has become a destination for buyers looking to escape metro-area home prices.

“We see a lot of people migrating out to what we called the valley… because home prices were so affordable,” Jimenez says.

She says some first-time homebuyers are looking to make a “last-ditch effort” to get into homes while the rates are still relatively low.

The window may also be closing on homeowners looking to refinance.

According to data from a recent Weekly Mortgage Applications Survey, released by the Mortgage Bankers Association (MBA), mortgage refinancing applications have dipped since the start of March.

The Refinance Index, a measure of refinance loan application volume, decreased 5% from the previous week. The refinance volume was also 43% lower than the same week in 2020 when rates sat at 3.29%.

“Home-buying generally is sensitive to the changes in mortgage rates, but refinancing is super sensitive,” Yun says. “Even a small decimal uptick in the mortgage rate, and it will quickly dry out the refinance.”

Even amid rising rates, agents appear to be optimistic that the spring selling market will remain active, especially in markets that have been sought after by buyers in the past year.

“[Rising rates] won’t affect our overall market very much because of the [lack of] supply,” says Jennifer Wehner, an agent in Scottsdale, Arizona, and CEO of The Wehner Group.

Wehner and her team represent clients in Phoenix, which is among several markets slated to have plenty of activity this year.

“Although there is low inventory throughout the nation, the demand for housing will not be affected by the rate increases, based on my predictions for the next six months,” says Carrie Zeier, CEO and owner of Carrie Zeier Luxury Properties.

The Tennessee brokerage represents buyers and sellers in the growing Nashville market. Nashville is among a handful of destinations attracting masses of people looking to migrate from coastal metropolitan areas for better cost of living and quality of life.

That includes Austin, Texas, which is slated to be the nation’s hottest housing market this year. According to Marvin Jolly, chairman of the Texas REALTORS®, the gradual increase may prove to be inconsequential in the buzzing Texas market.

“If a buyer is considering buying a home in the next three to five years, today is probably a better time to do that than tomorrow or next year or the year after that,” Jolly says.